Tabuk region is located in the northwest of Saudi Arabia overlooking the Red Sea and the Gulf of Aqaba. It is a region interested in two important touristic projects that are part of "Vision 2030", the socio-economic development plan wanted by Crown Prince Mohammed Bin Salman to decrease the country's dependence on oil and diversify the economy.

The first project is called Neom. Neom will be the largest smart city in the world overlooking the Gulf of Aqaba. It will be a city as big as Belgium, easily accessible from Egypt and Jordan.

The Red Sea Project instead will develop on over 50 natural islands located on the west coast between the cities of Umm Lujj and Al Wajh, in the Red Sea. The area involved in the project also includes more inland areas including mountain sites, volcanoes, nature reserves and archaeological sites including the UNESCO site of Madain Saleh.

Only 3 hours drive from the UNESCO site of Madain Saleh is the city of Tabuk, the capital of Tabuk region. From Tabuk you can venture through the Daisah Valley, continue north to Haql, descend towards Maqna, Al Bad and Ras Al Shaikh Hamid and continue along the splendid Tabuk coast which includes Duba, Al Wajh and Umm Lujj.

The Daisah Valley is an oasis of paradisiacal palms that create wonderful contrasts with the red sandstone rocks and the crystal clear streams. 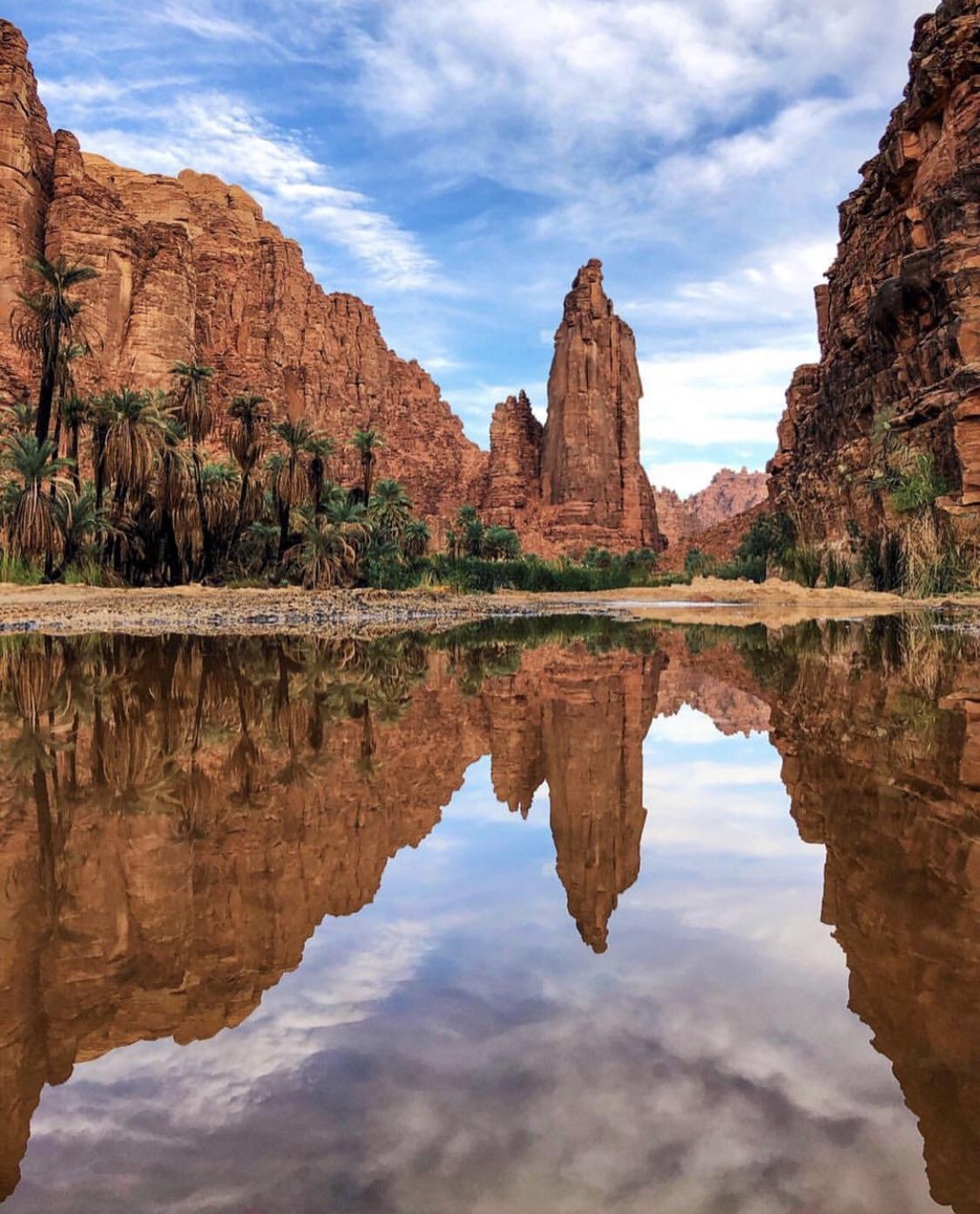 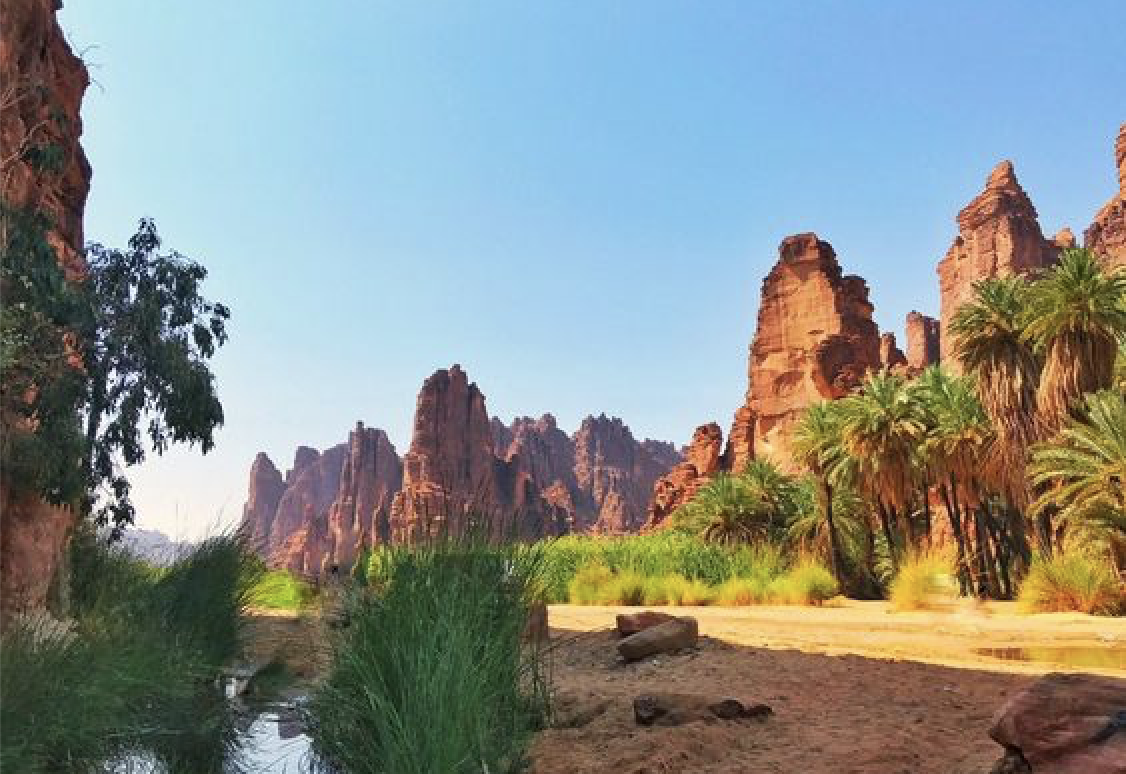 Very famous is the beach with the wreckage of a half-sunk Greek ship located 55 km south of the city of Haql in the province of Tabuk. The place that is part of the Neom project is currently wild. There are no hotels, restaurants or facilities nearby. 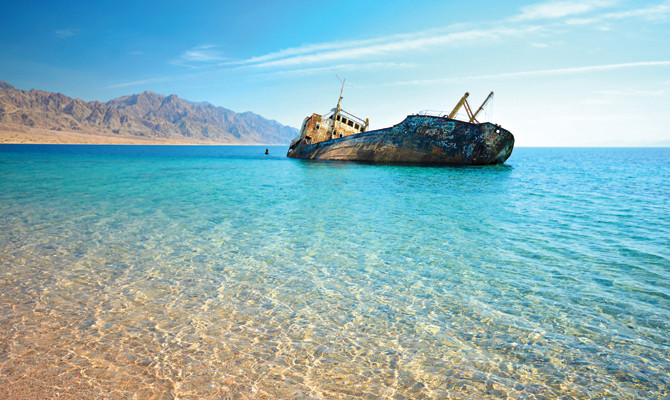 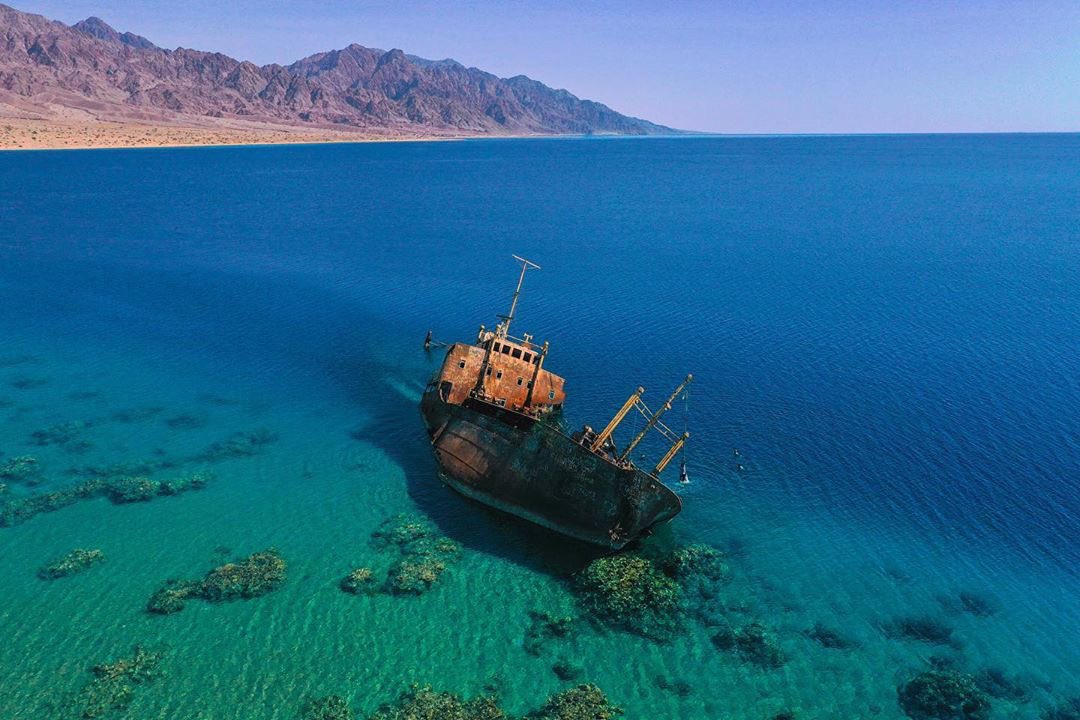 From Haql it is possible to drive south towards Maqna, a charming coastal town located on the Gulf of Aqaba overlooking Egypt and the Sinai mountains.

The city is famous for its wells which have seen an important episode in the life of the prophet Moses.

In fact, it is believed that after crossing the Red Sea, Moses arrived in Maqna where he went to drink in a well known as Bir Al-Sa'idani. Here he saw two girls collecting water for their cattle and offered to help. The girls reported this gentle move to their father, the prophet Shu'ayb, who went to meet Moses, recognized his pure soul and decided to marry one of his daughters. Thus, Moses settled in Madyan and lived there for ten years with his wife and father-in-law. 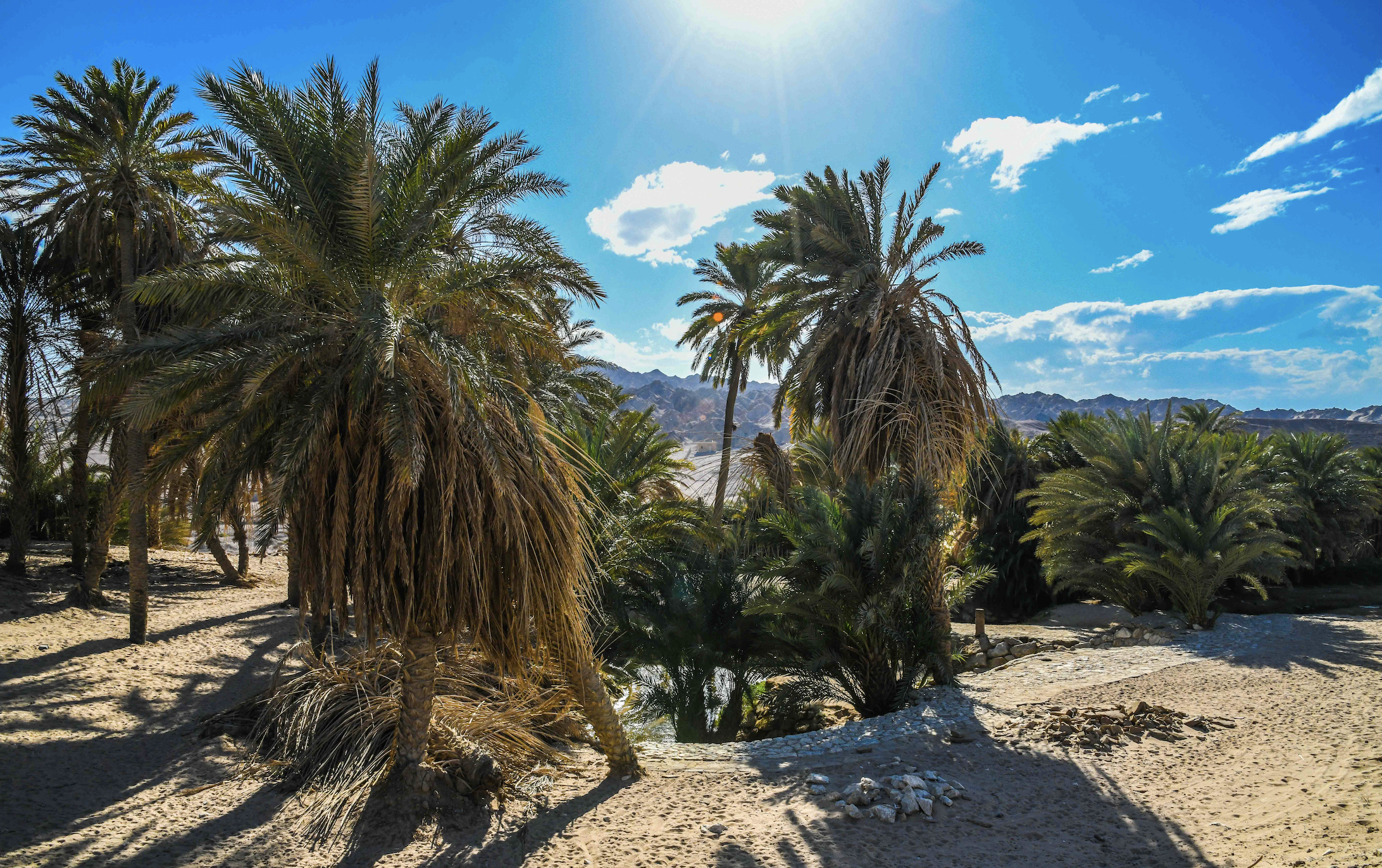 Only 15 km north of Maqna is Tayeb Ism, or the Valley of Moses, one of the natural wonders of Saudi Arabia. The name of the valley was dedicated to Moses as it is believed that he stopped with his people at the height of this valley after abandoning Egypt. The valley is characterized by a splendid contrast between the crystalline waters of the Gulf of Aqaba and the steep granite massifs. 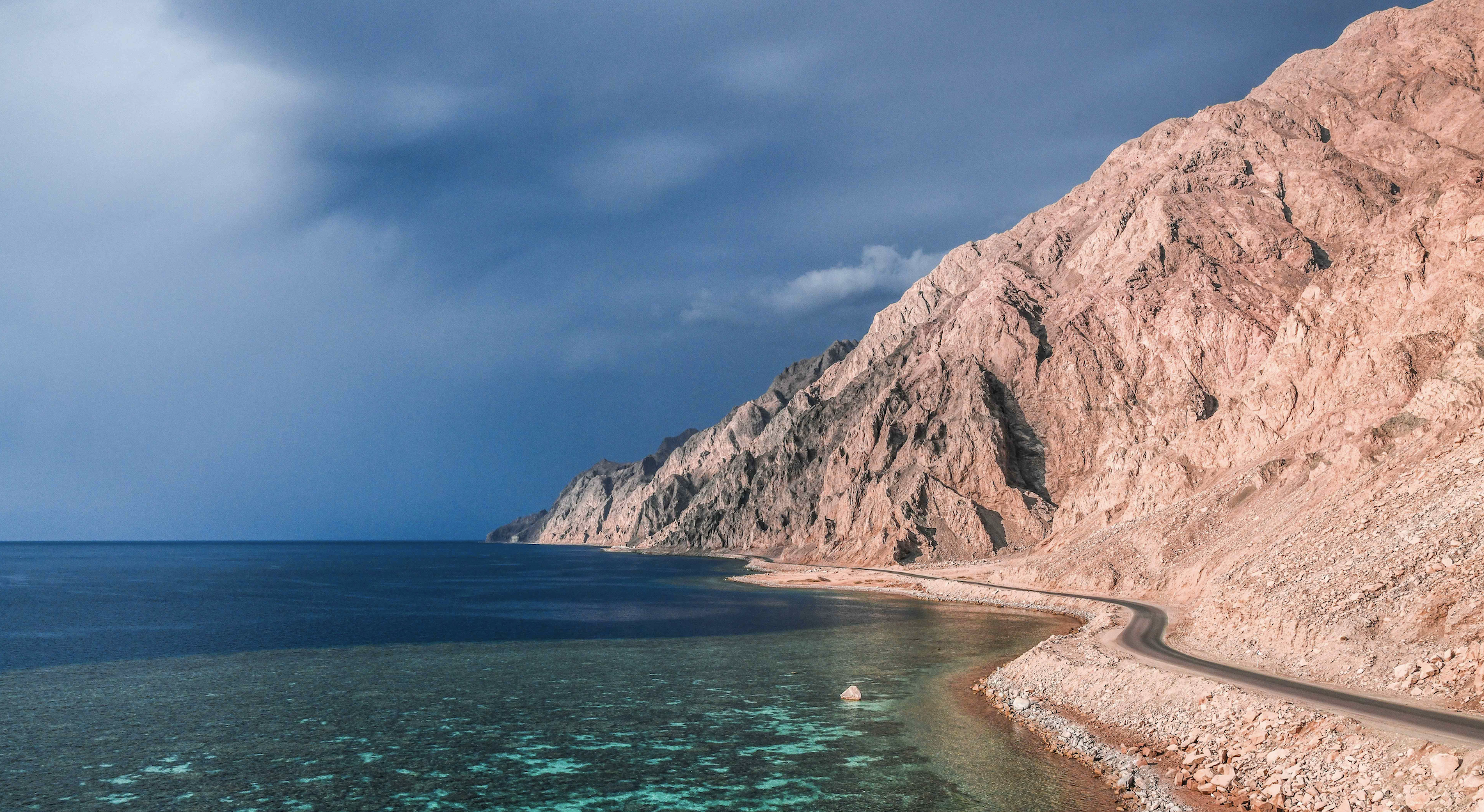 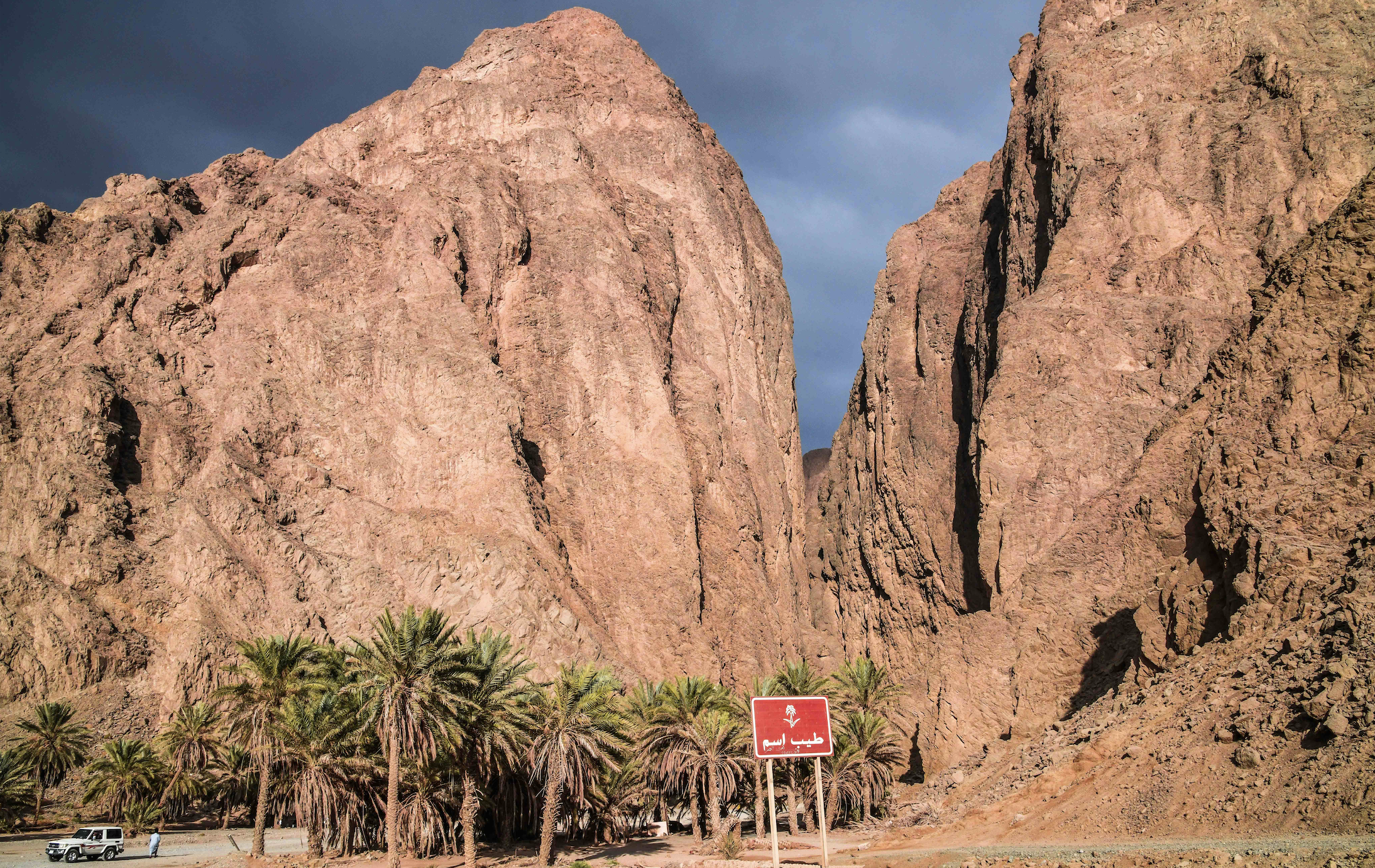 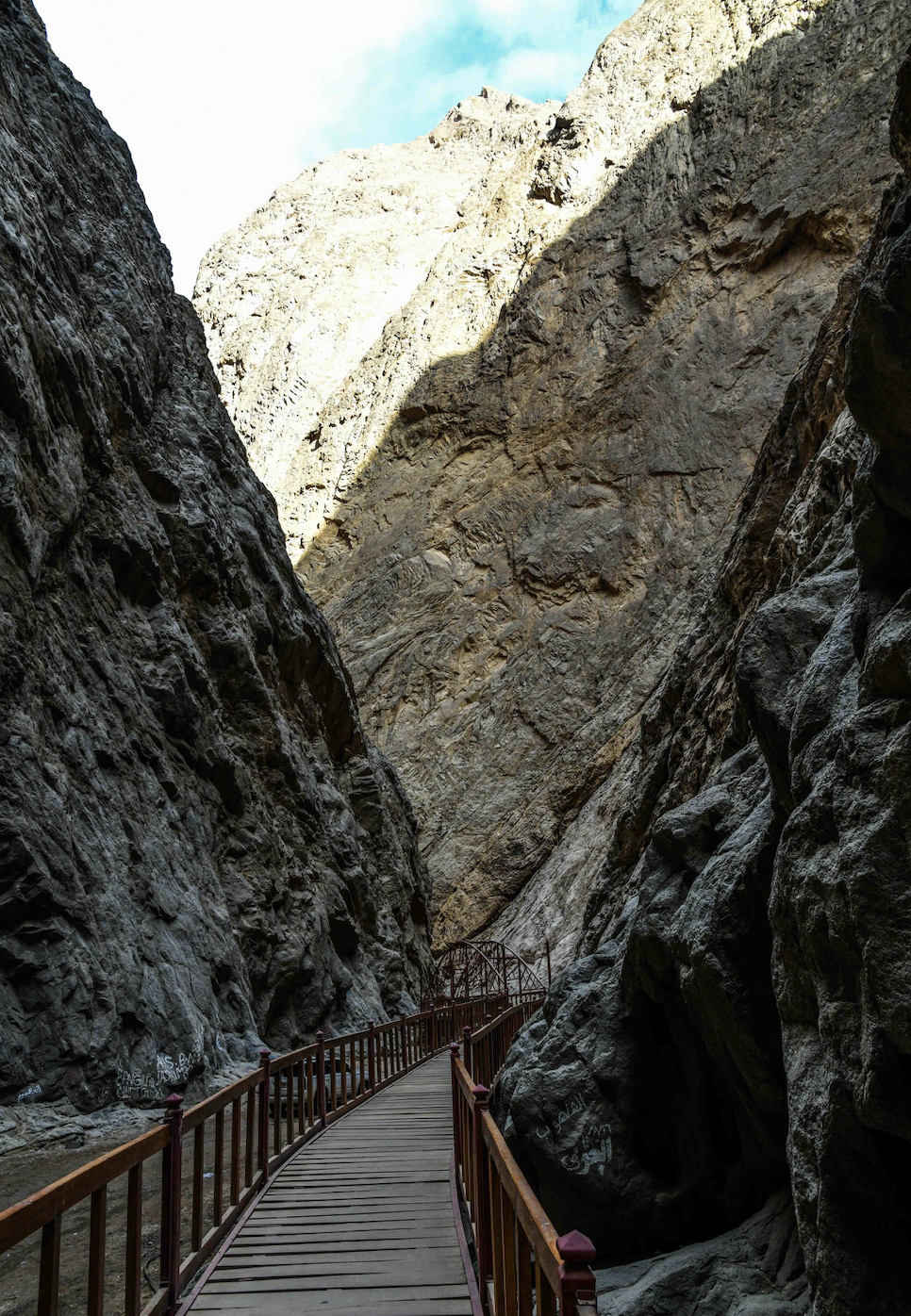 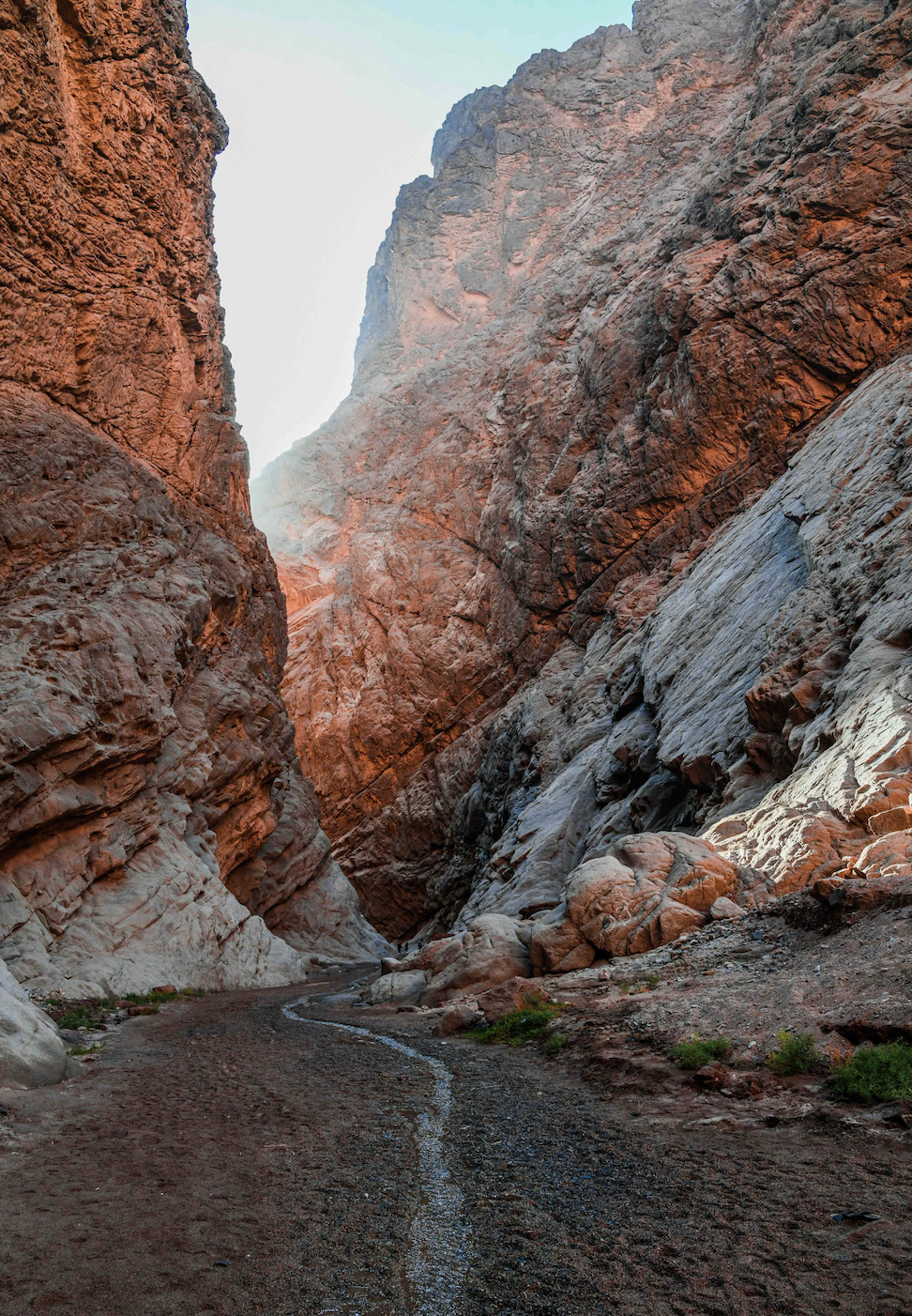 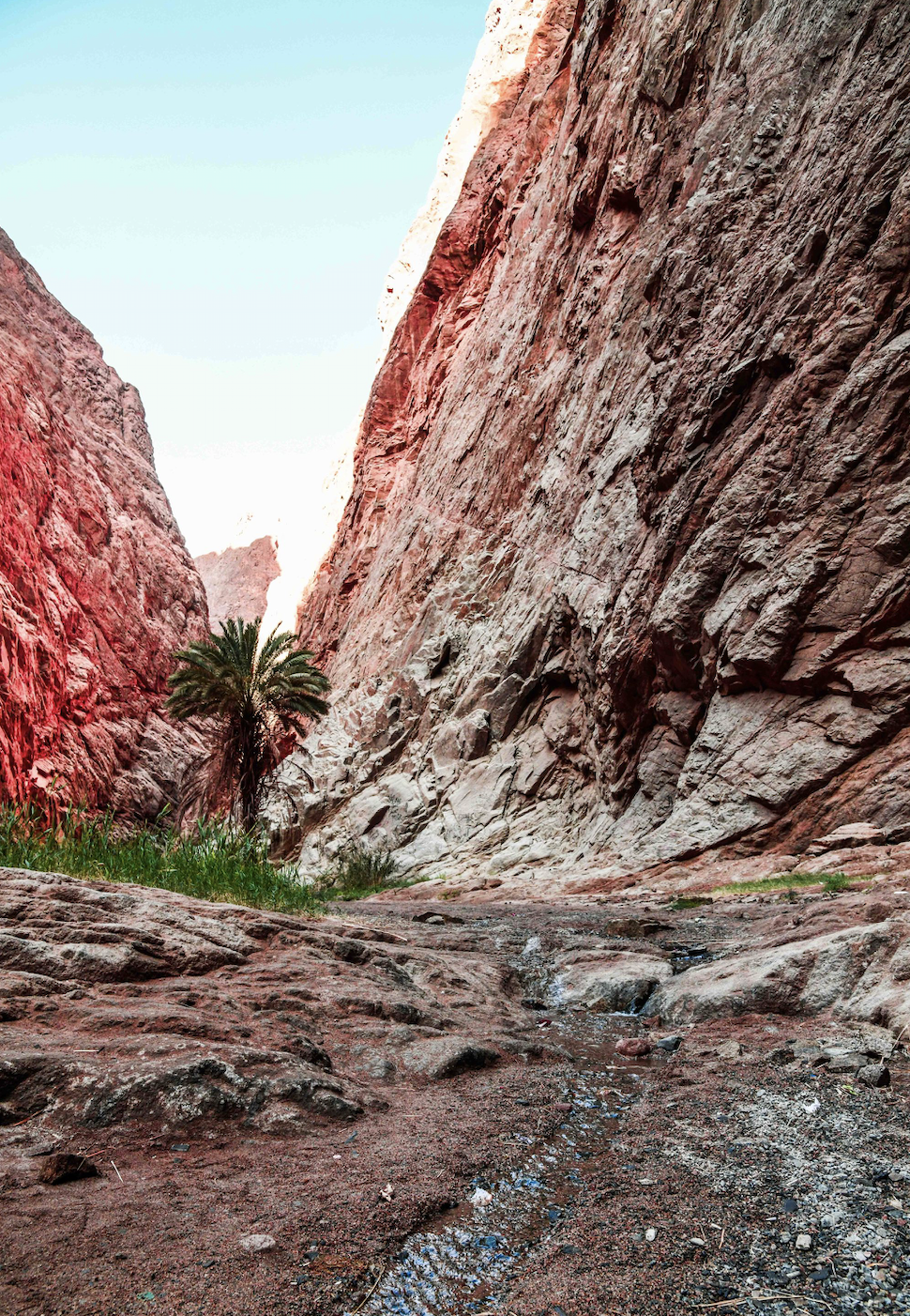 Today's Al Bad is another city to visit as it was probably the capital of the ancient land of Madyan where Moses spent ten years after escaping from Egypt. About two kilometers south of the city of al-Bad there are caves called "Magha'ir Shu'ayb" (the Jethro Caves) by the local population. Modern archaeologists believe that the caves are Nabatean tombs from the 1st century AD. 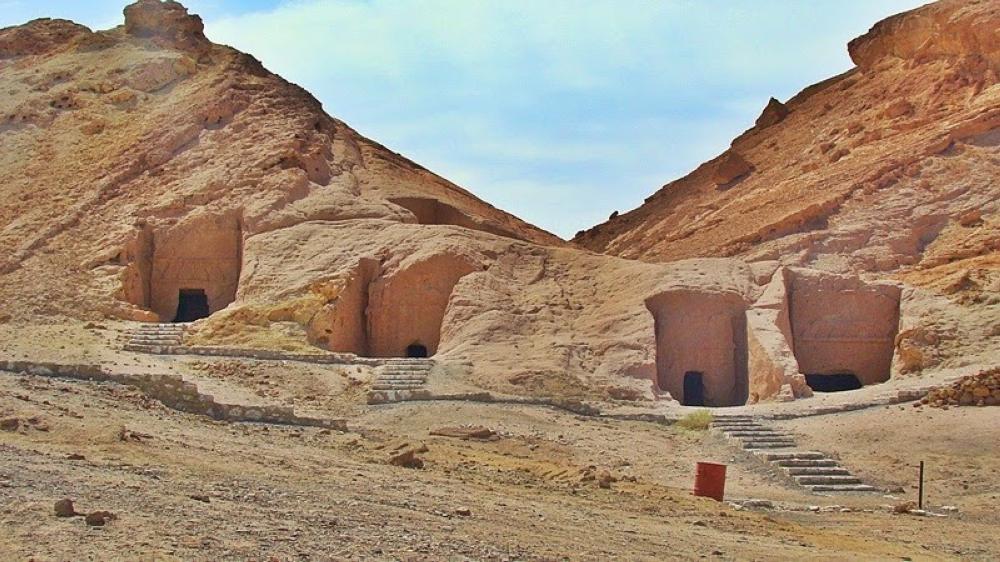 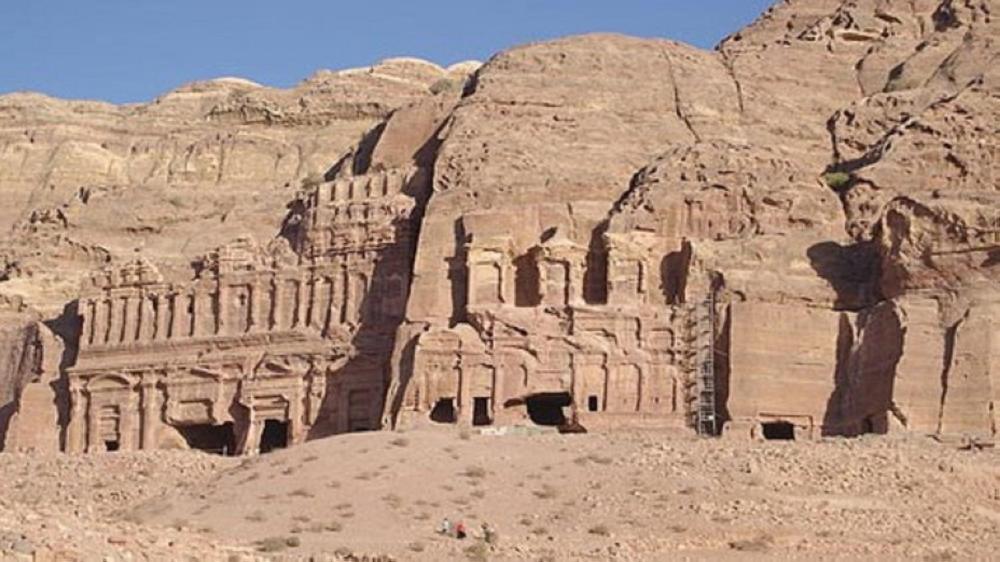 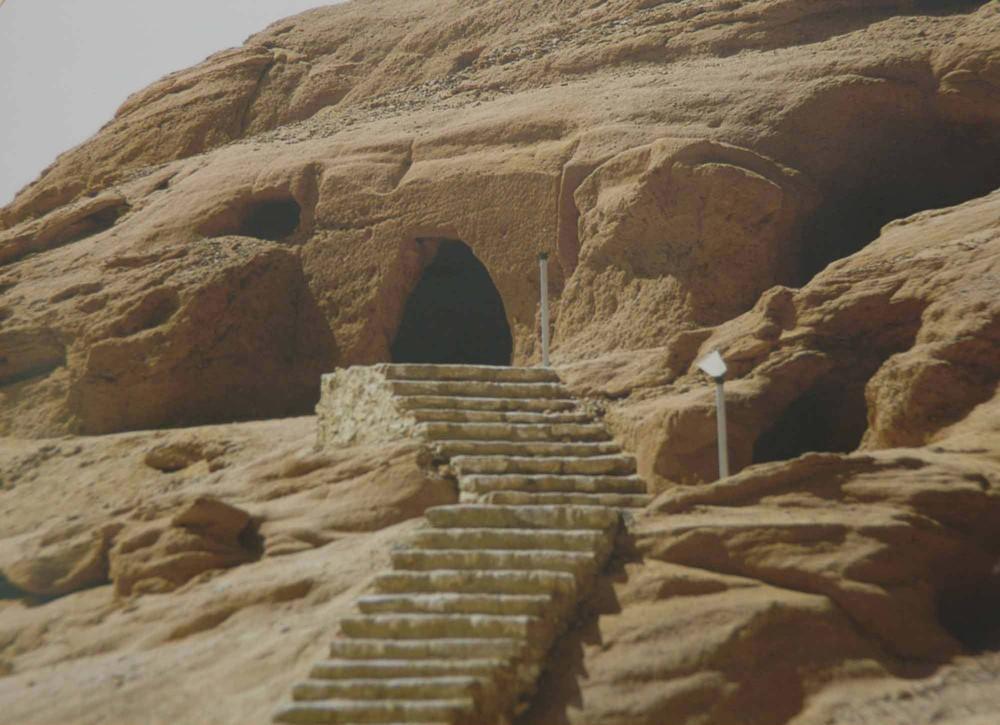 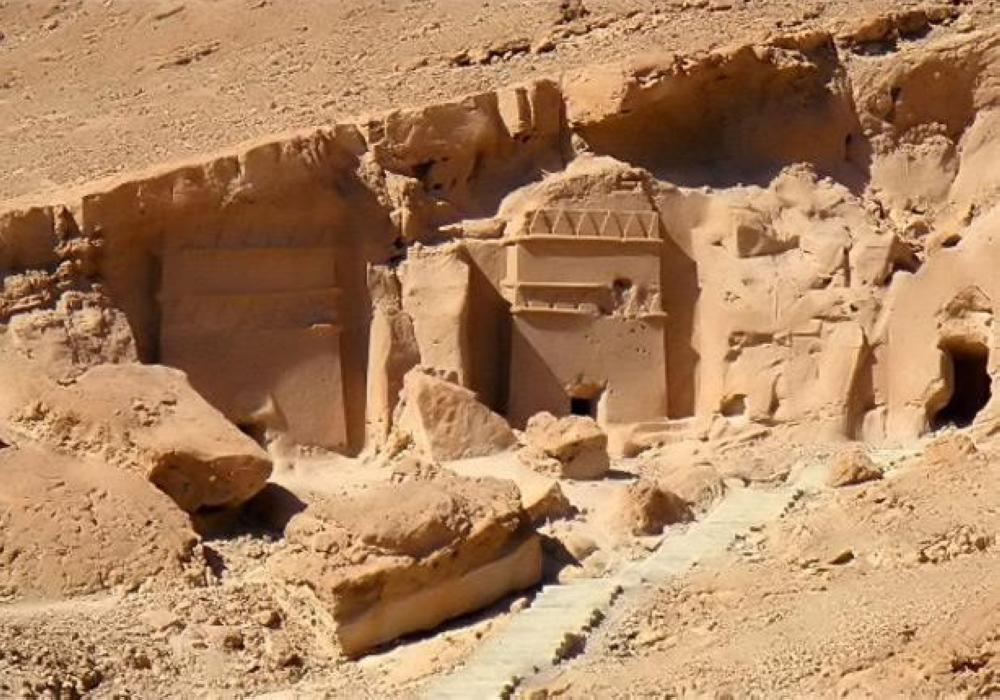 From the Madyan area it is possible to continue south towards Ras Al Shaikh Hamid, a beautiful sandy promontory at the meeting point between the Red Sea and the Gulf of Aqaba. The beaches of Ras Al Sheikh Hamid offer breathtaking viewpoints on the Sinai mountains, particularly fascinating at sunset.

In this area there are also the remains of the Catalina seaplane abandoned for 60 years between the sea and the desert of Saudi Arabia. The seaplane belonged to Thomas W Kendall, a retired businessman who had converted it into a luxury flying yacht. In the spring of 1960, Mr. Kendall took a pleasure trip around the world with his wife and children together with his secretary and son.

In 1960 they arrived on the Strait of Tirana and anchored the plane a short distance from the shore. Here they were attacked with machine guns and automatic firearms from a nearby promontory that hit the plane. On the beach they were captured by a group of Bedouins and were eventually taken to Jeddah and released with the help of the American ambassador. This story made the place a tourist attraction. 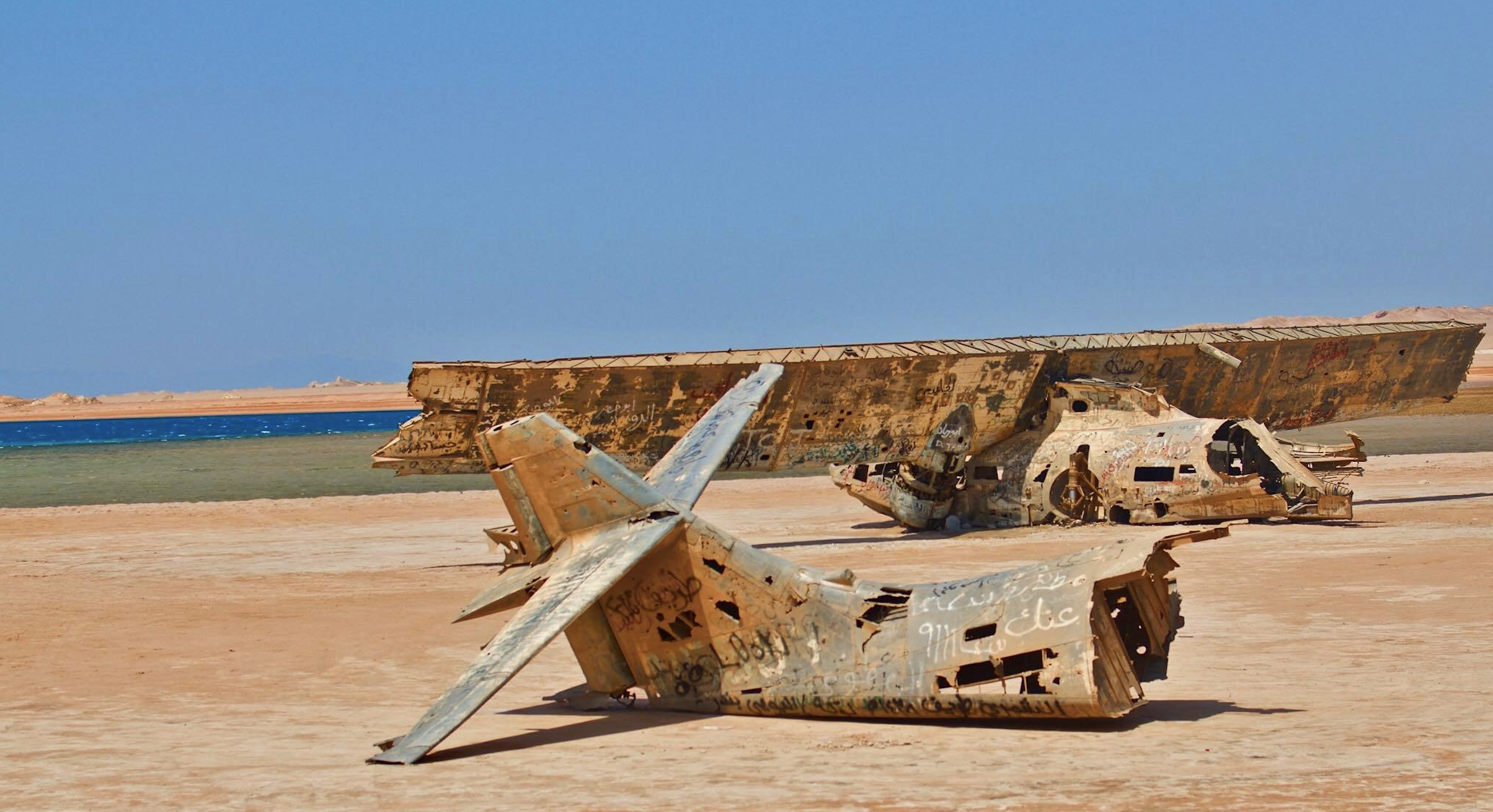 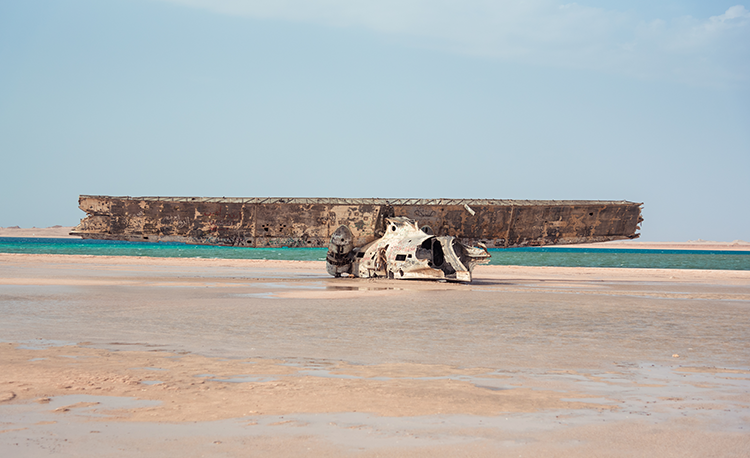