NAJRAN: AN OASIS AT THE EDGE OF THE EMPTY QUARTER

“Today, as the world watches the fantastic modernization and development of Saudi Arabia, in the countryside of the vast Kingdom, can be found the art, beauty and traditions of a legendary past,” Patricia Massari and Cherbel Dagher said it best in a collection of photographs of Najran, one of the most beautiful emirates of the Kingdom, by Tchekof Minosa.


An hour’s flight from the Kingdom’s modern metropolises of Jeddah and Riyadh, tourists can enjoy the authentic Bedouin nomadic life in Najran — a land that preserves the charm of ancient traditions alongside gradual urban developments.


The new Najran Airport symbolizes the region’s aspiration to conciliate future and tradition and offers an easy gateway to the fertile, folkloristic and archeologically precious oasis surrounded by the desert.


Above all the region has natural diversity where the flavors and colors of the Bedouin life encounter and mingle with more Mediterranean scents and traditions. On the East, Najran has the world’s largest desert Rub Al Khali, also known as the Empty Quarter. The region also enjoys favorable conditions like a wadi that favors the production of a wide variety of crops and fruits, among many other desert merchandises.

The tucked away town’s markets are the heart of this commixture. Here Bedouin tribesmen wander with their herds of camels, goats and sheep through the desert exchanging meat, wool, animal skin, camel milk and butter with agricultural products produced by agriculturists living along the banks of the wadi. 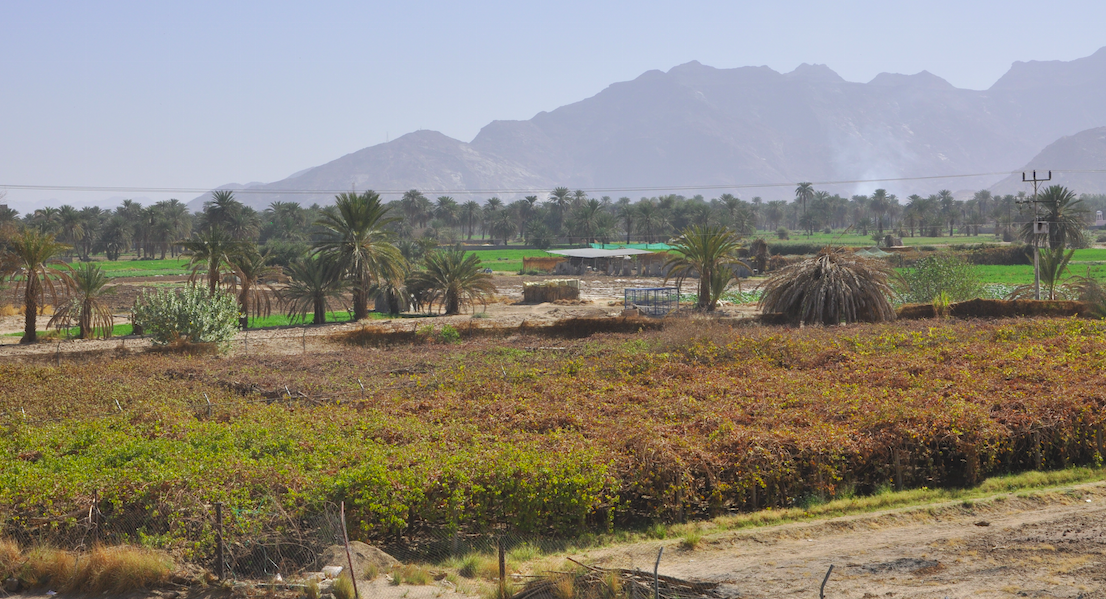 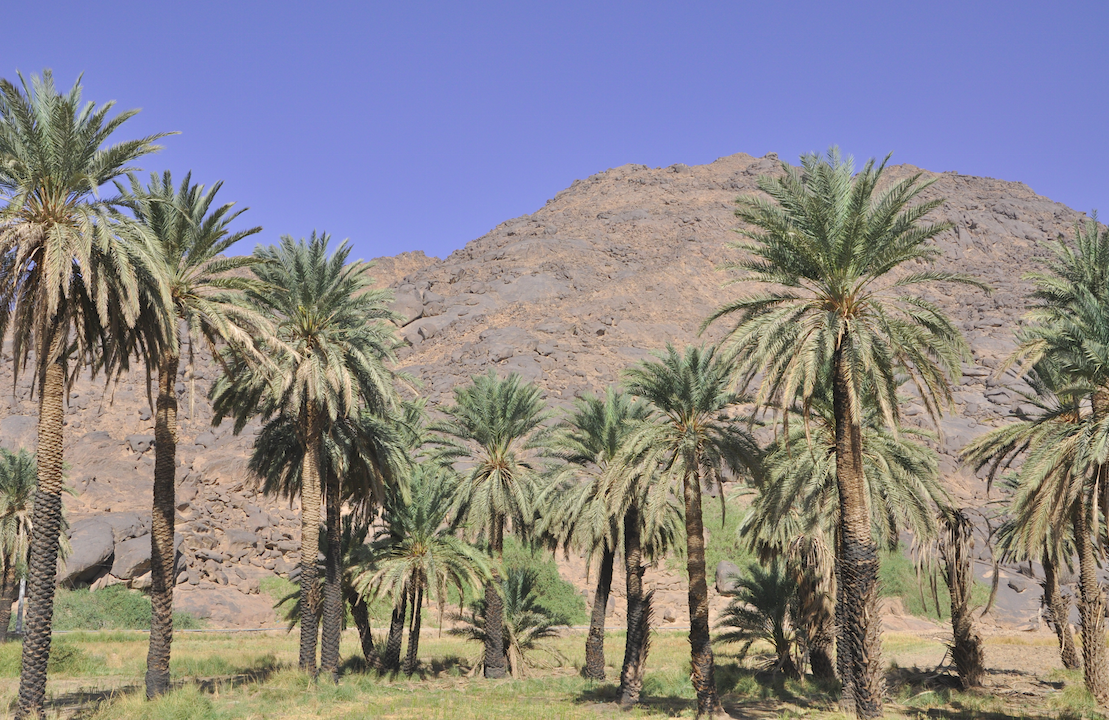 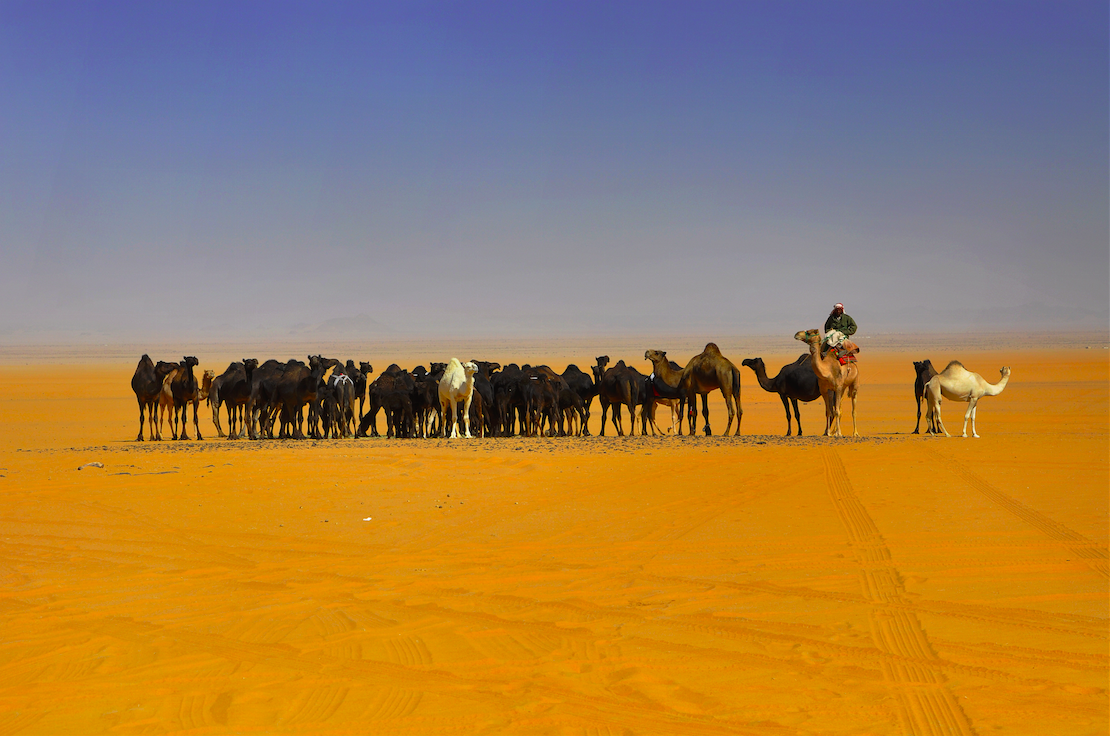 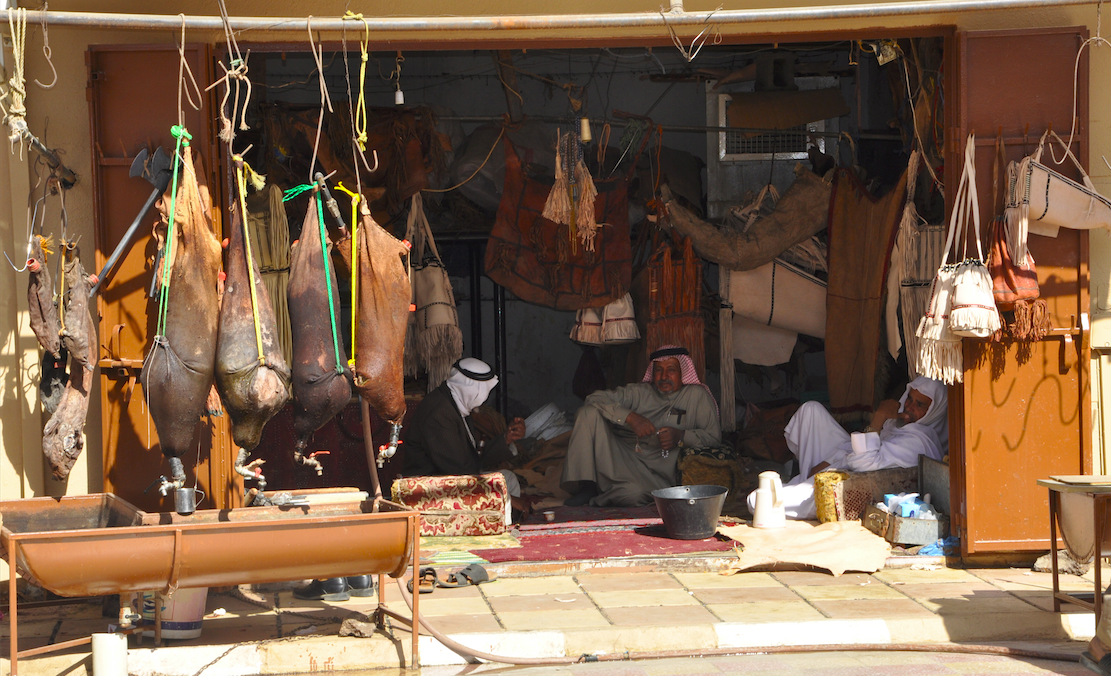 The region’s agricultural development is also favored since 1982 by the construction of the Al Madik Dam, the largest dam of Saudi Arabia with a storage capacity of 86 million cubic meters. Built over the main channel of the wadi, the damn significantly contributes to protect Najrani people from floods, retain and utilize water, and stabilize and conserve the soil. 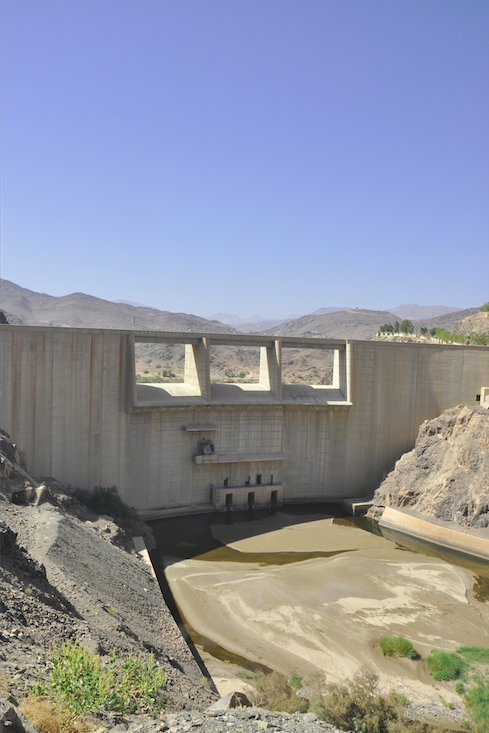 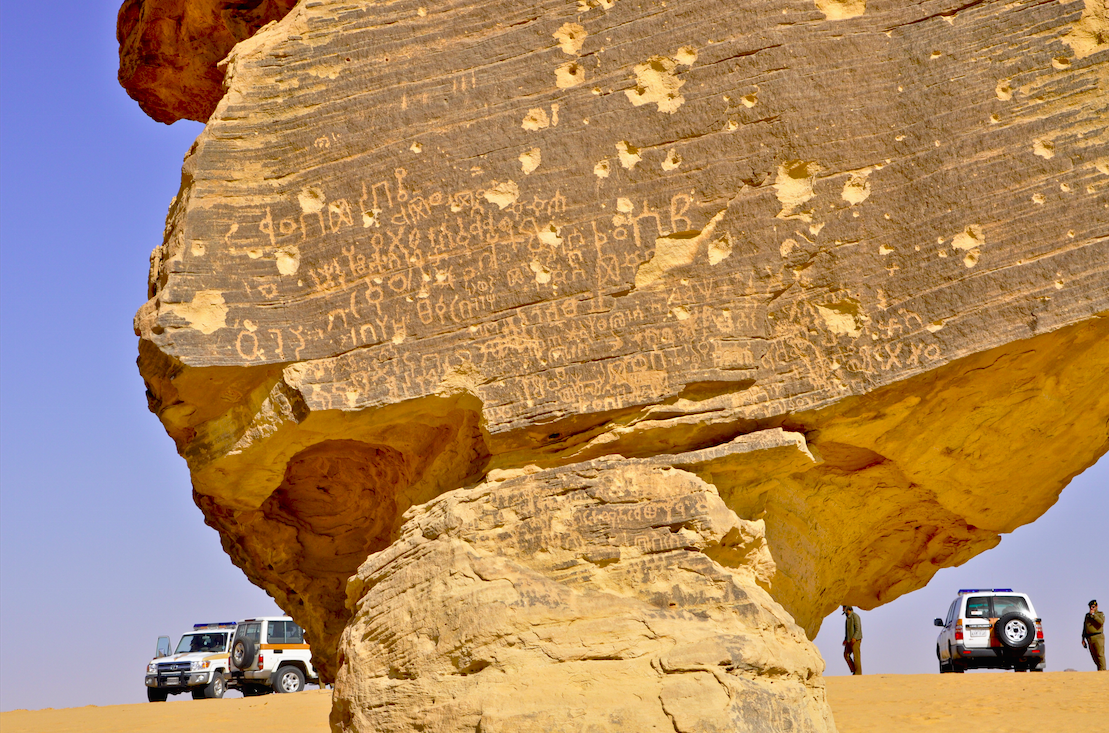 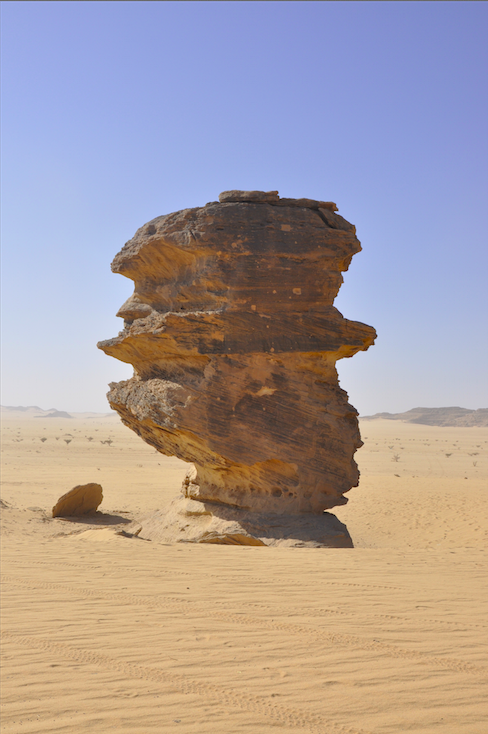 Since the second millennium BC, Najran’s fecund agricultural soil and abundant water supplies transformed the center in a prominent city and strategic staging post for caravans carrying incense and various products from Hadhramaut in southern Arabia to the north of Arabia and the Mediterranean basin.


Following the ancient caravan route from the city of Najran to the desert’s sand dunes, it’s impossible to overlook the picturesque sceneries of valleys opening into the Rub Al Khali.


In addition, there are also evidences of Neolithic settlements in the rock art site of Bir Hima, eighty miles north of Najran.


The rock engravings of the animals, human figures and scenes of fighting and hunting provide a good deal of information on Neolithic era including their dresses, ornaments, weaponry, stone kilns etc.


Disseminated throughout the region, inscriptions can be also found in the Dhirwa mountain, Markib mountain, Huseinia area and Al-Ukhdood, the most important pre-Islamic city and archeological site of Najran.

Literally meaning “the trench,” Al-Ukhdood is mentioned in the Holy Qur’an for being the site where a massacre of Christians took place in 525 AD when the town capitulated under the Himyarite King Yusuf As’ar Yath’ar and Abyssinian inhabitants were given the choice to convert to Judaism or die. This victory is recorded in a famous inscription that can be found in Bir Hima.


Next to the archeological site of Al-Ukhdood, visitors can learn more about the region’s early history by visiting Najran’s museum, one of the Kingdom’s eight regional museums where one can admire fragments of ancient artifacts and tools. 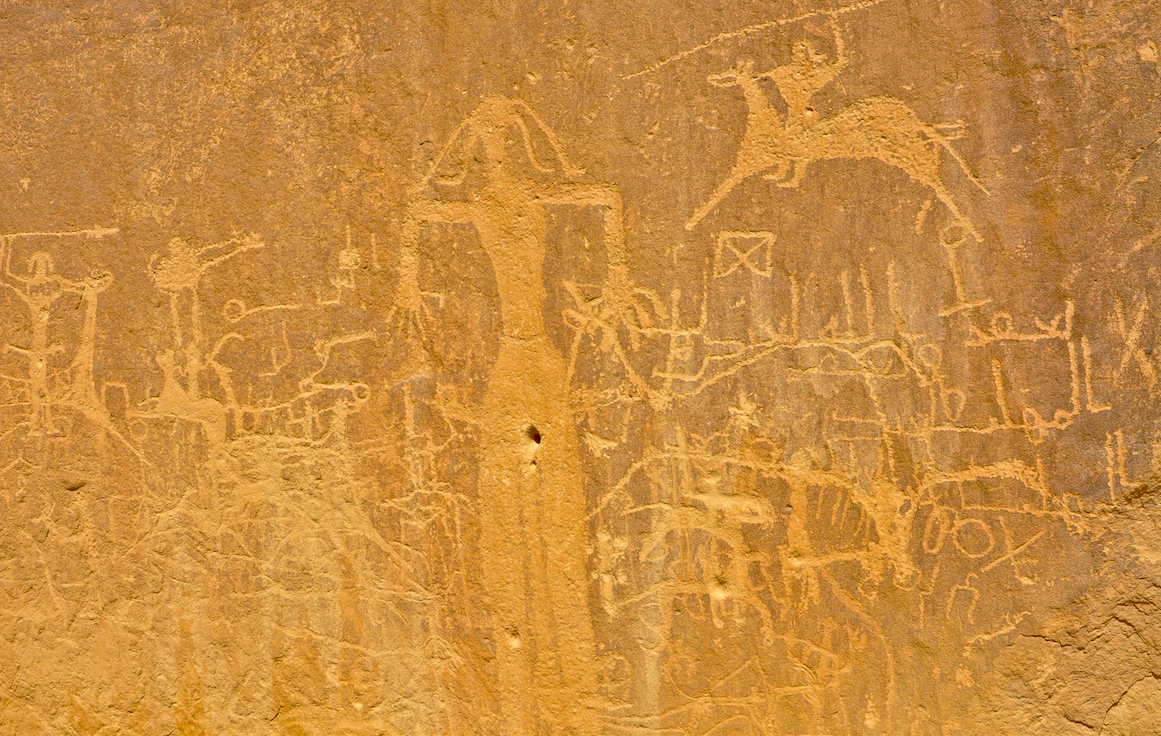 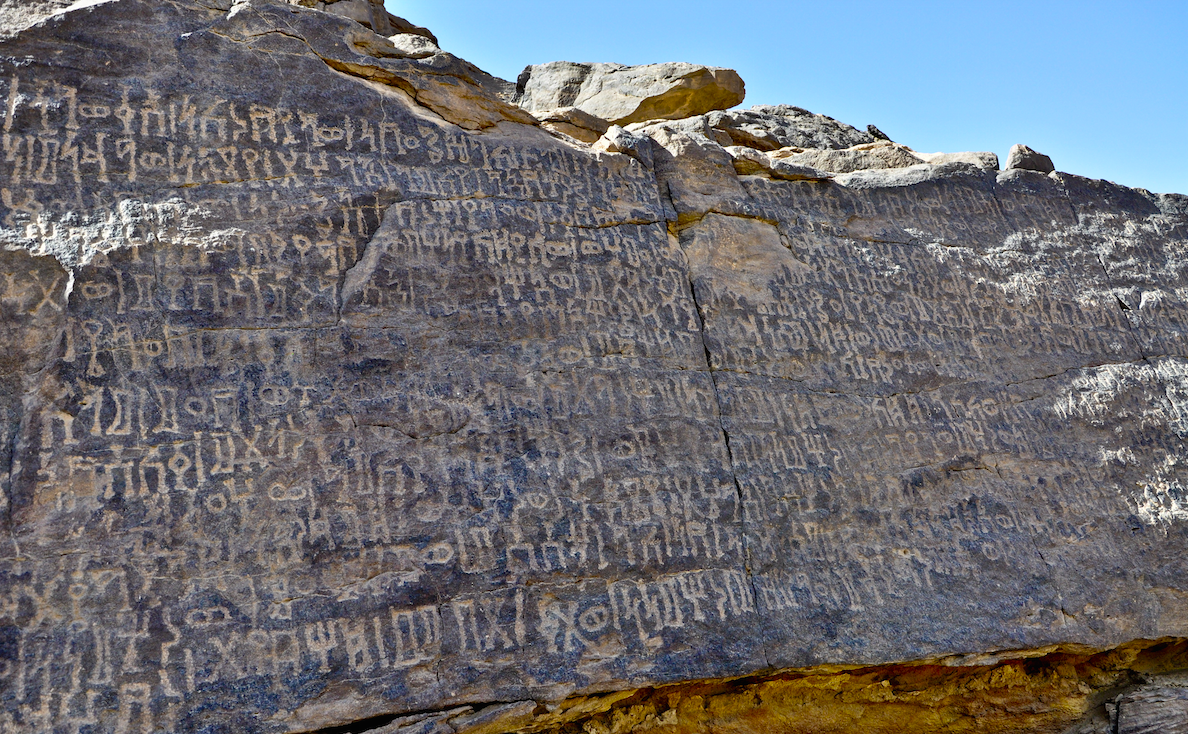 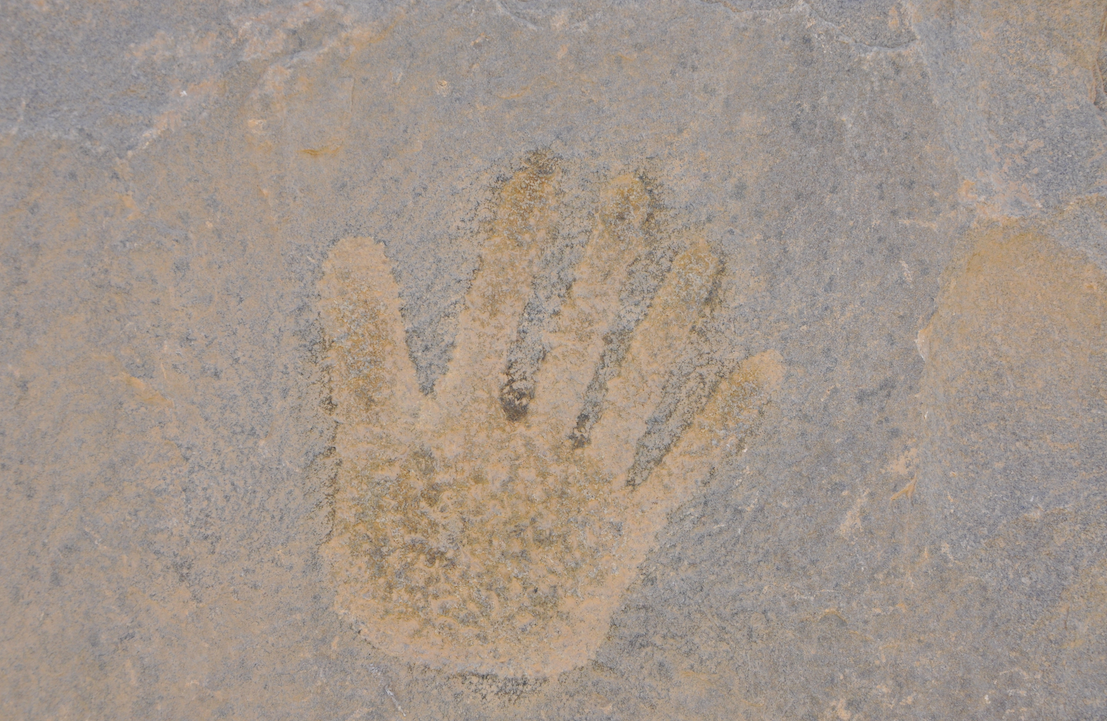 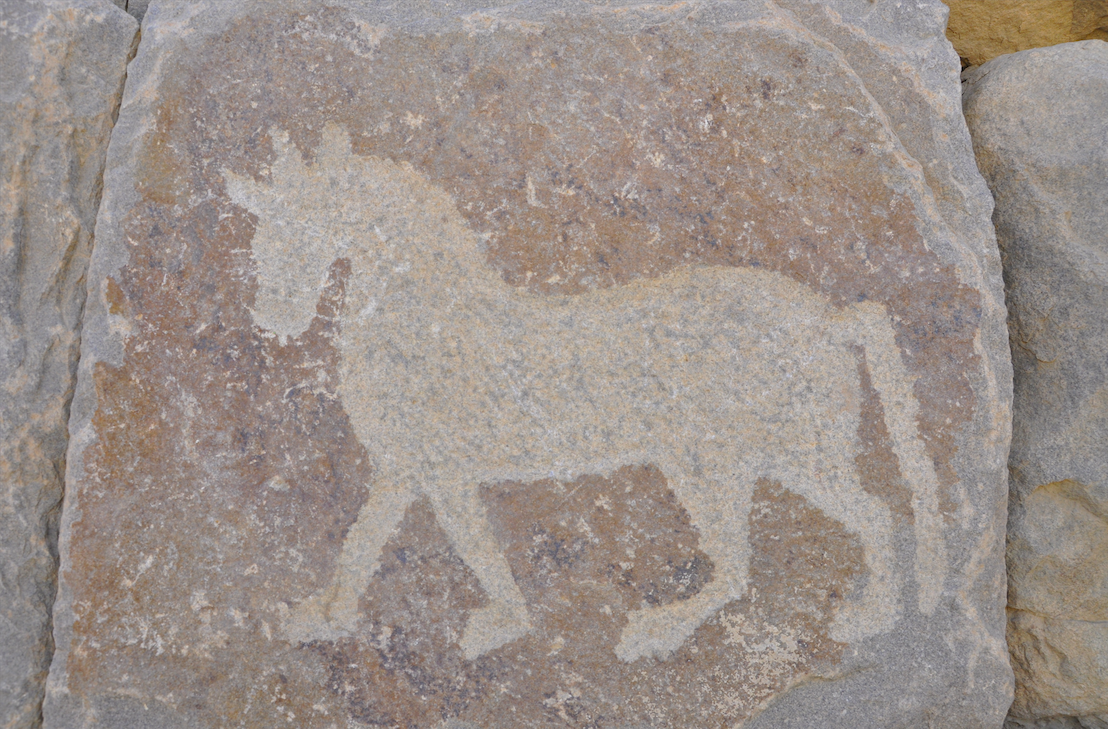 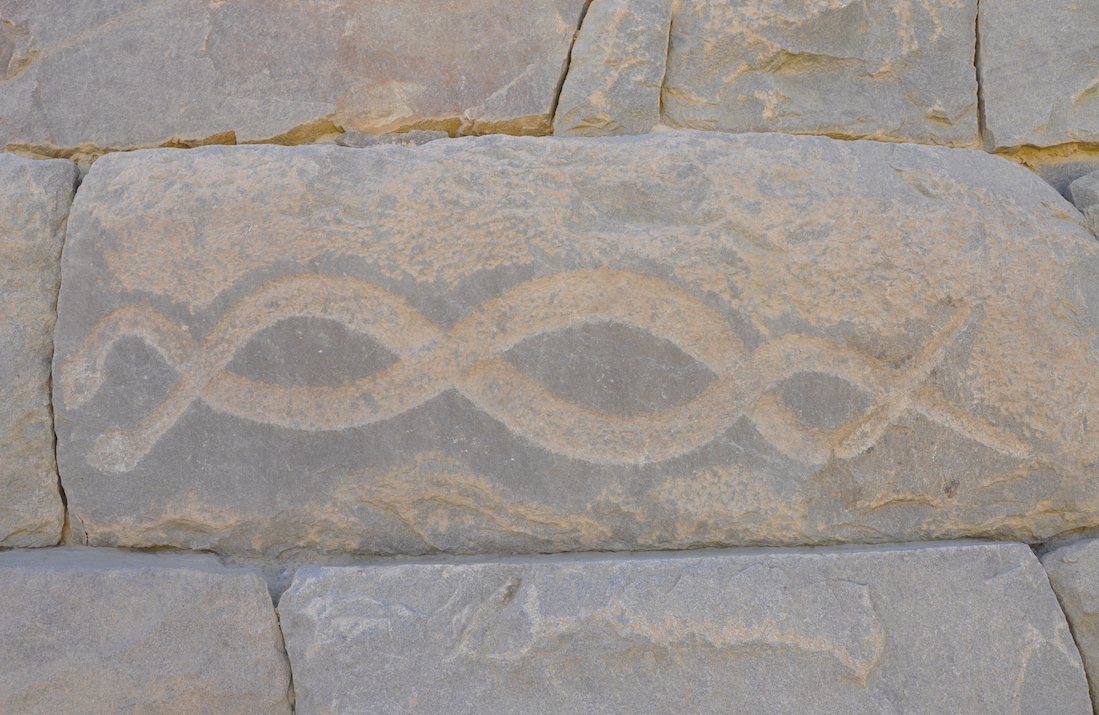 Najran does not only allow a journey of discovery through the history of ancient civilizations. Traveling across the region is an occasion to be part of a real desert experience and enjoy the folklore of Najran’s traditional souks, dances and food.


A charming sense of hospitality and a very strong feeling of their ancient traditions characterize Najrani people who have transformed the desert into their home. Locals take pleasure in making the travelers comfortable when they look skeptical upon seeing the empty and hostile desert at a glance.


Traveling by car is the best way to experience the magic of the Rub-Al-Khali’s empty spaces and amazing golden dunes along with the simplicity of ancient habits that the Bedouins have preserved. The tents of the bedouins offer light and healthy refreshments to visitors like camel milk, Arabic coffee, dates and honey. 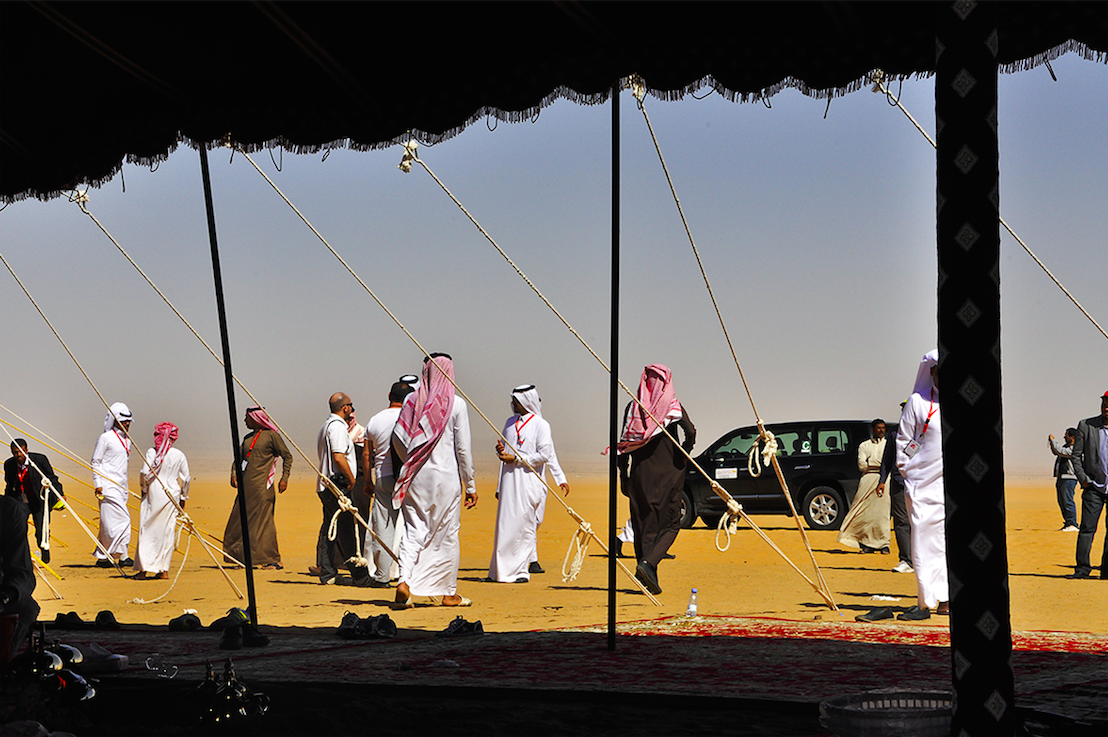 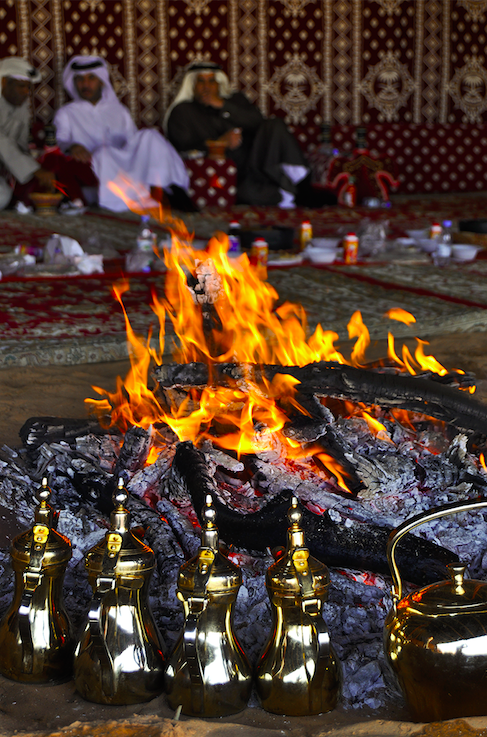 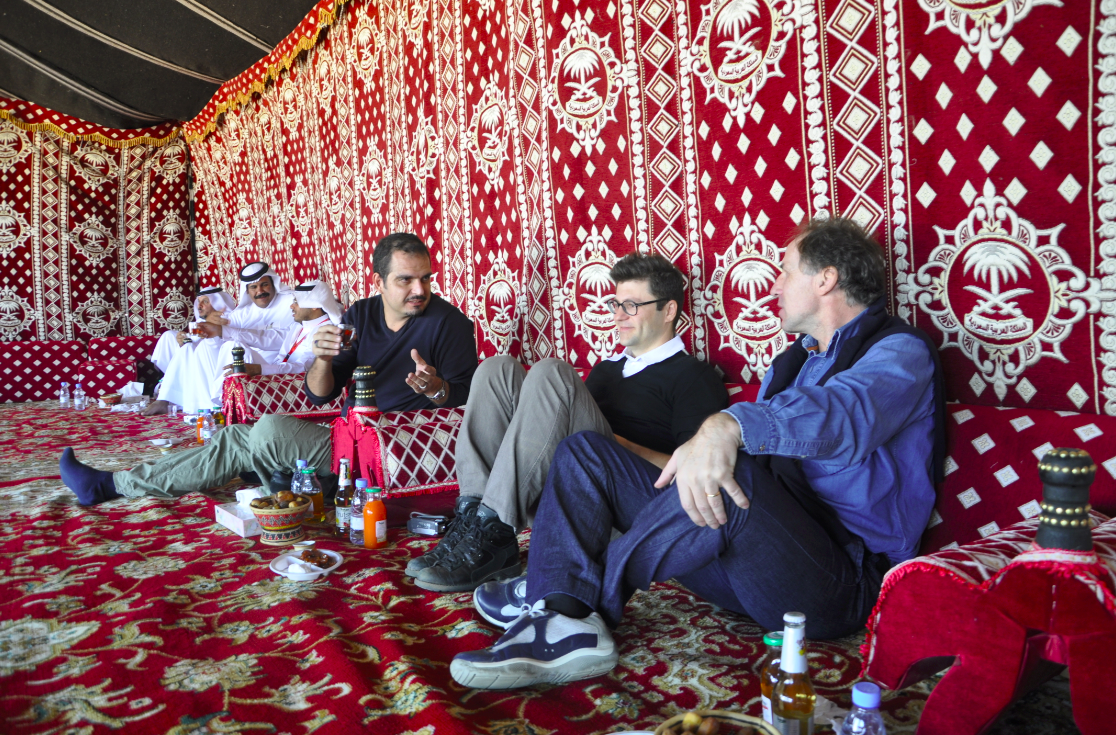 After a full immersion in the desert’s vast distances, there is nothing more charming than being welcomed by the Najran’s flourishing vegetation and savory fruits including bananas, papayas, limes, figs, orange groves and grape vineyards.


The city also offers the possibility to enjoy shopping in malls and popular souks including a renowned traditional market exclusively dedicated to the sale of jambiyahs, traditional short curved daggers that are worn by men on a belt. This clothing accessory is a symbol that indicates a man’s social status and it is usually used during traditional male dances. 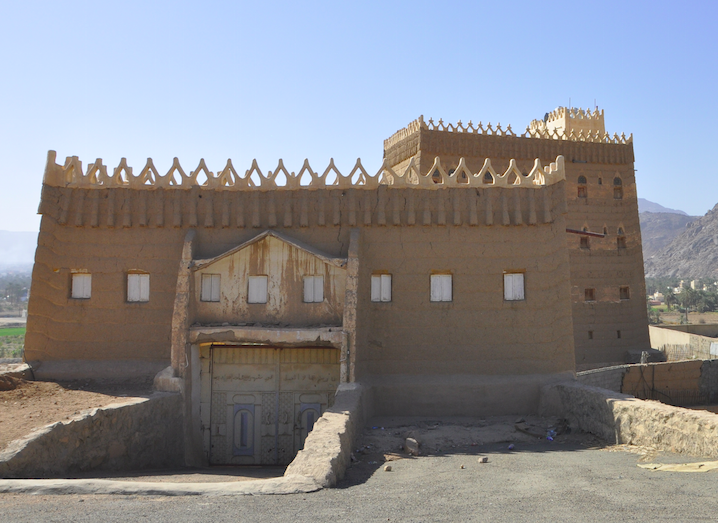 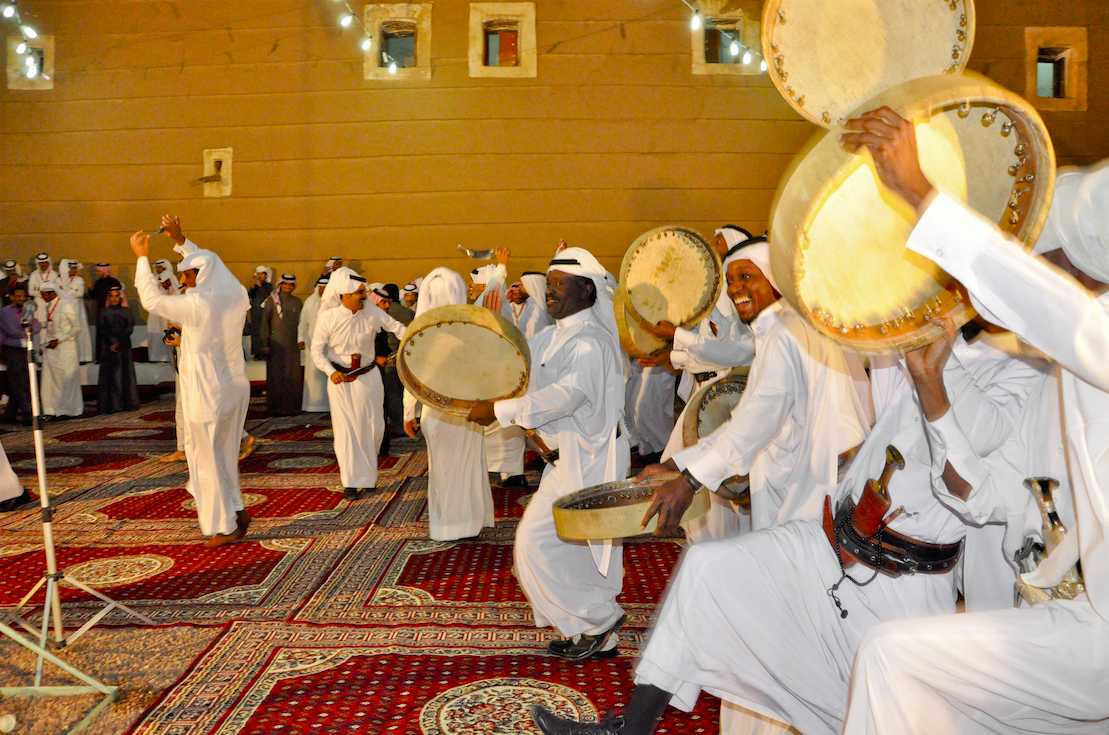